Just back from a glorious 10 day trip to Rome and Sicily! Any of you considering a trip there must include Taormina, Castelmola and Noto. 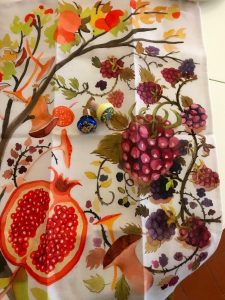 This shop is on the main street in Taormina and a must for anyone who loves beautiful linens.

In Noto, I bought a typical Moorish ceramic head and a juicer. The art of Maiolica pottery was brought to Sicily by the Arabics who taught Sicilian how to create these wonderful objects, now real peieces of art. I chose a small head to use as a pencil holder, or maybe a planter. 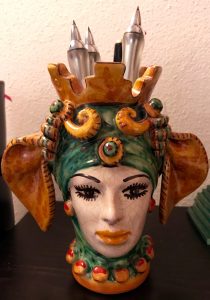 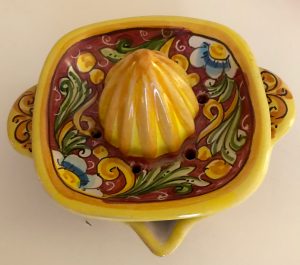 Chia was greeted by her friends at Hotel Lancelot in Rome, where we have stayed often. 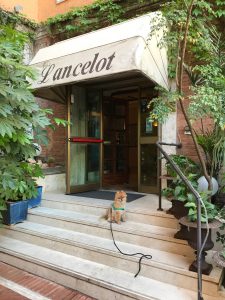 As much as we like the Lancelot, we found another hotel we loved- Teichnersuite! Only 3 rooms right on a small piazza where the Pomellato jewelry shop is. I checked out the new pieces and am considering a moonstone Nudo ring with diamonds. Of course I will have the goldsmith make it for me instead of paying the Pomellato price!

The Noto hotel we stayed in was fabulous: Embrace Sicily Guest House. 6 rooms and a bargain at 110 a night. Beautifully decorated with a rooftop deck and small pool. Highly recommend it!

Had such a great time that I may have to do tours to Sicily now!